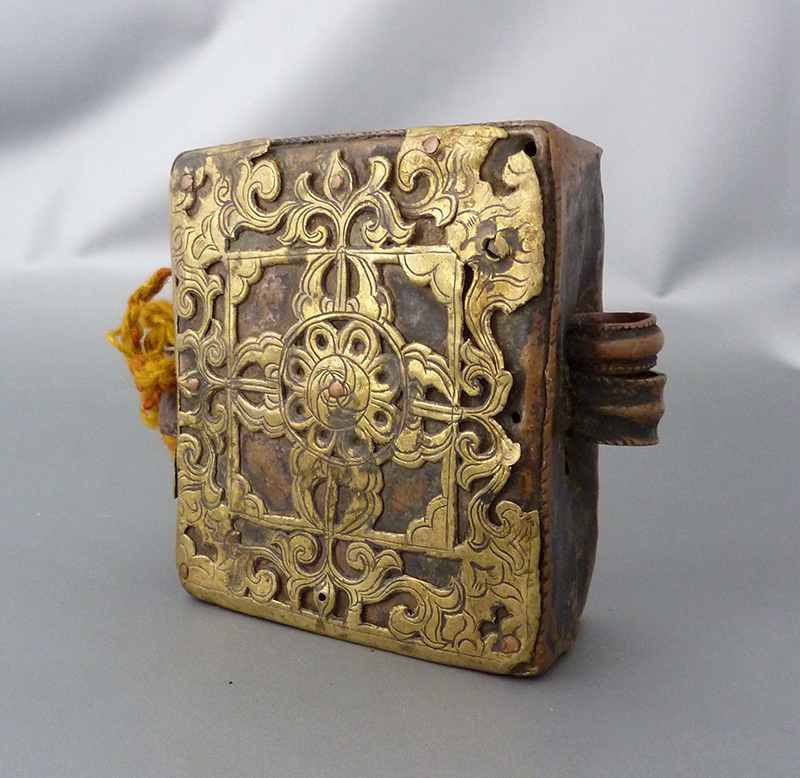 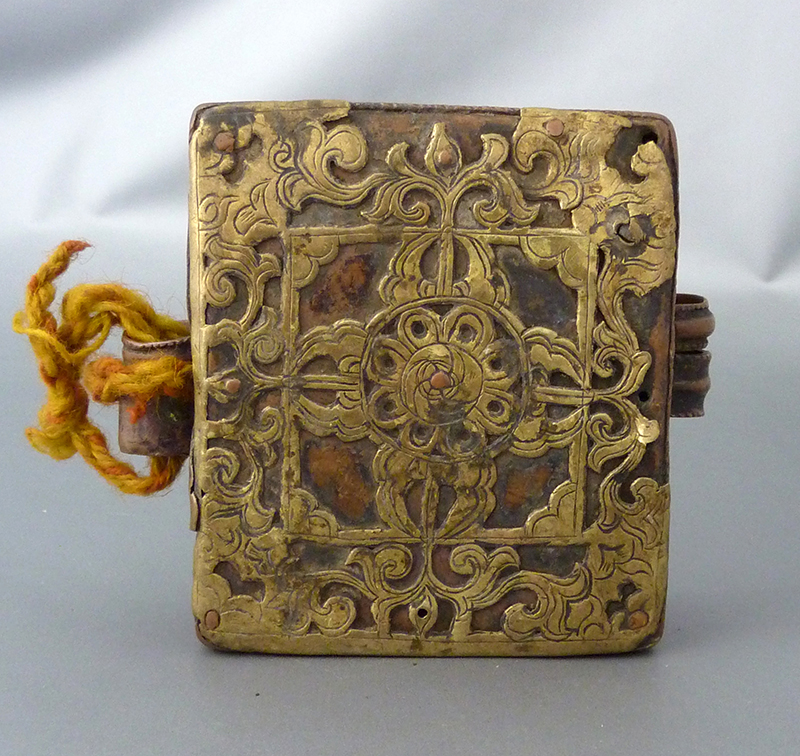 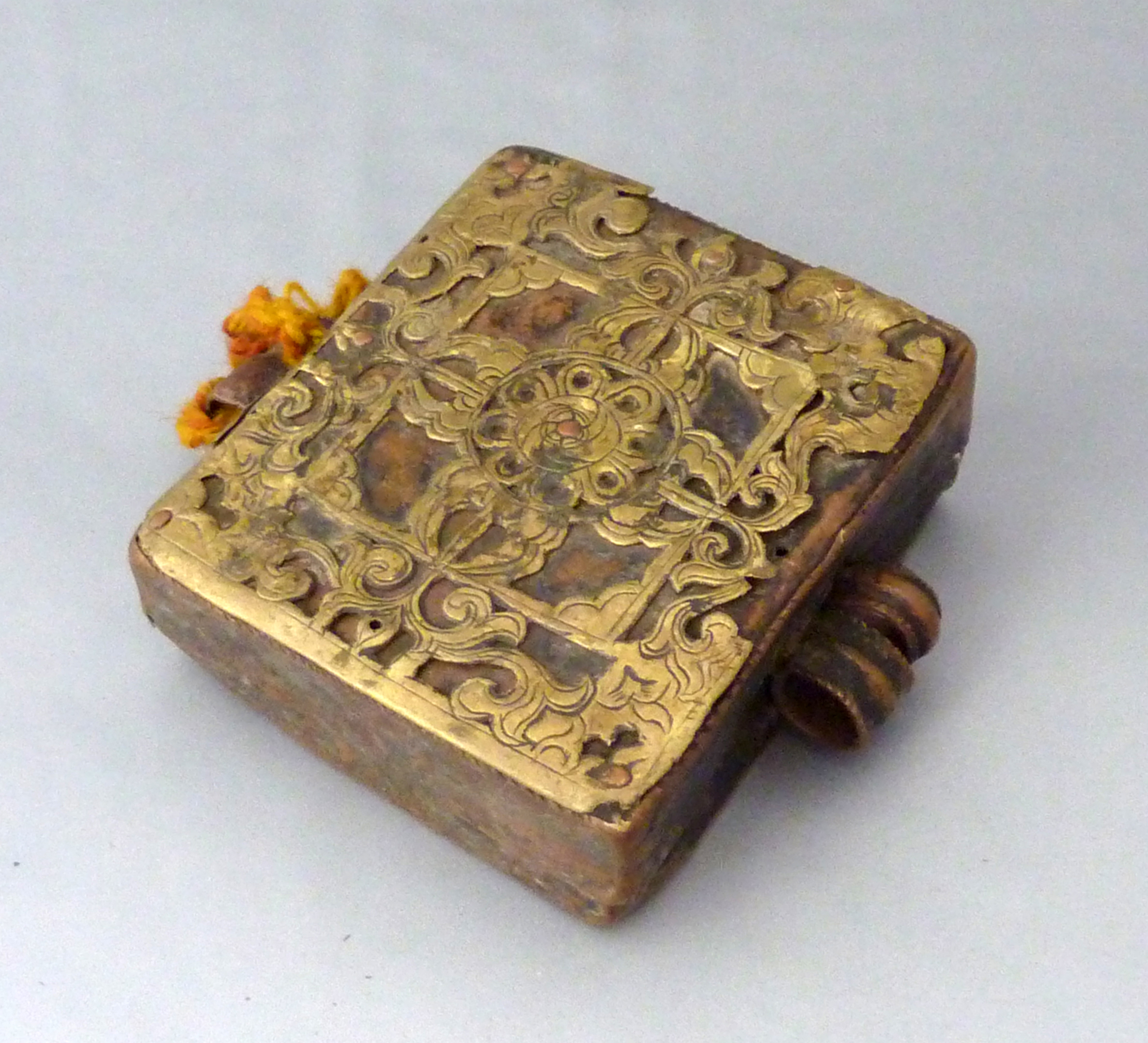 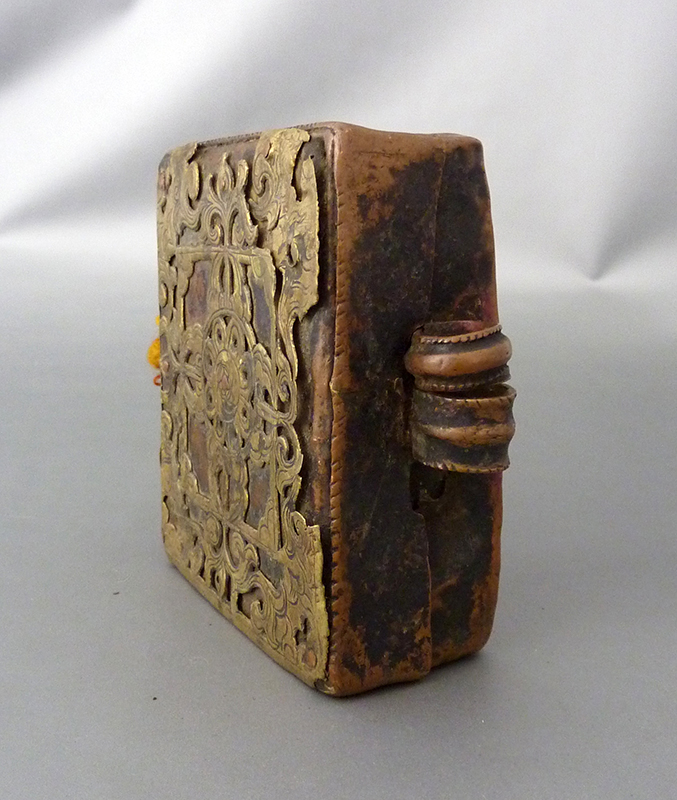 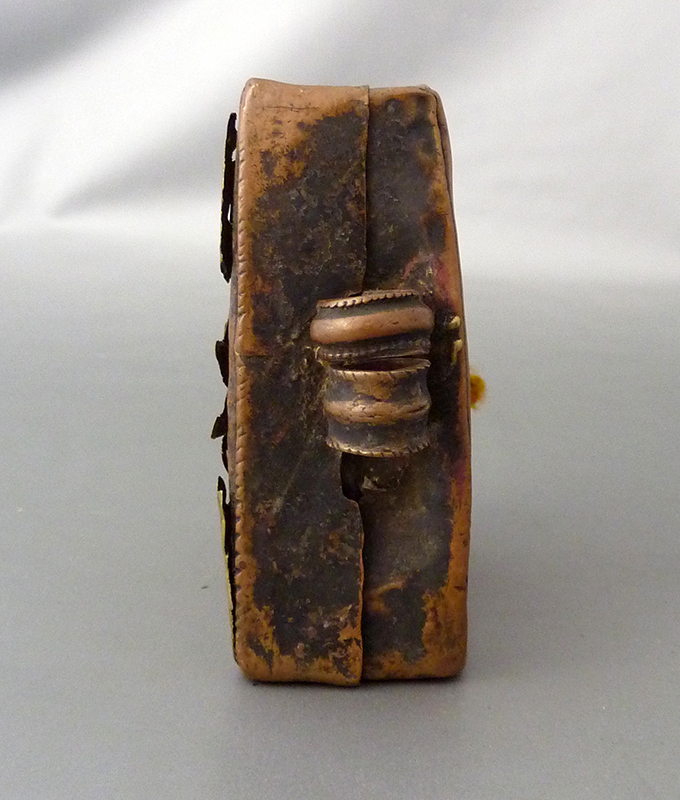 it would have been worn with a strap across the shoulder hanging to the right side under the heart.

It has been extensively worn and shows signs of wear all over – but still in good condition.