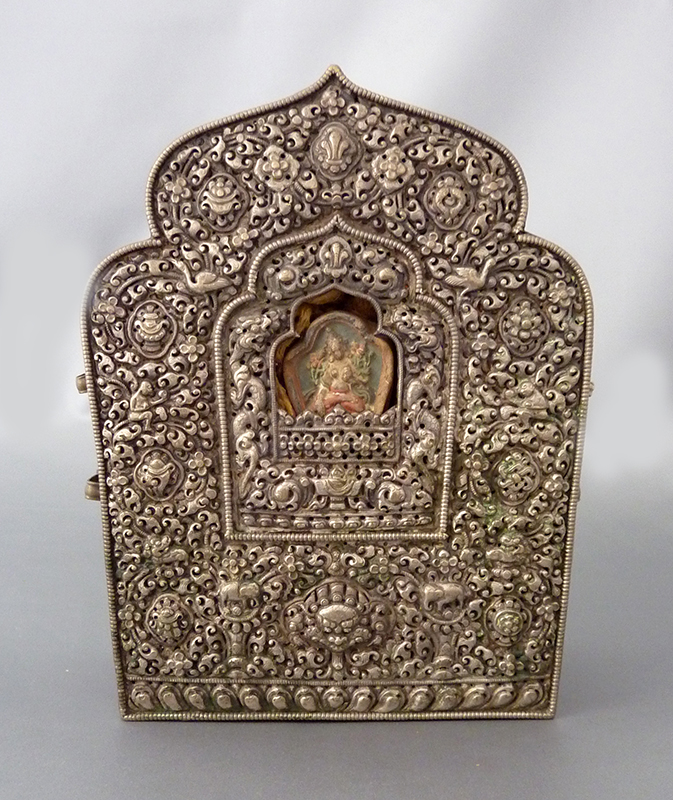 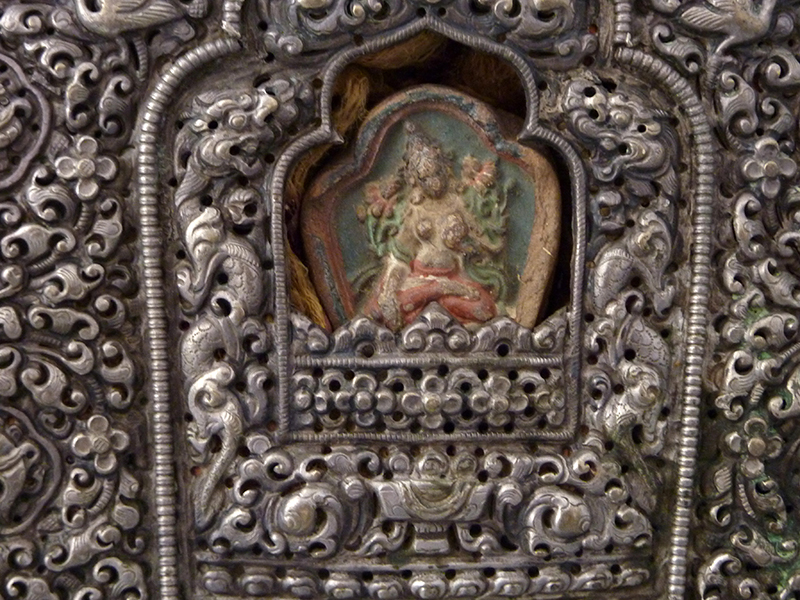 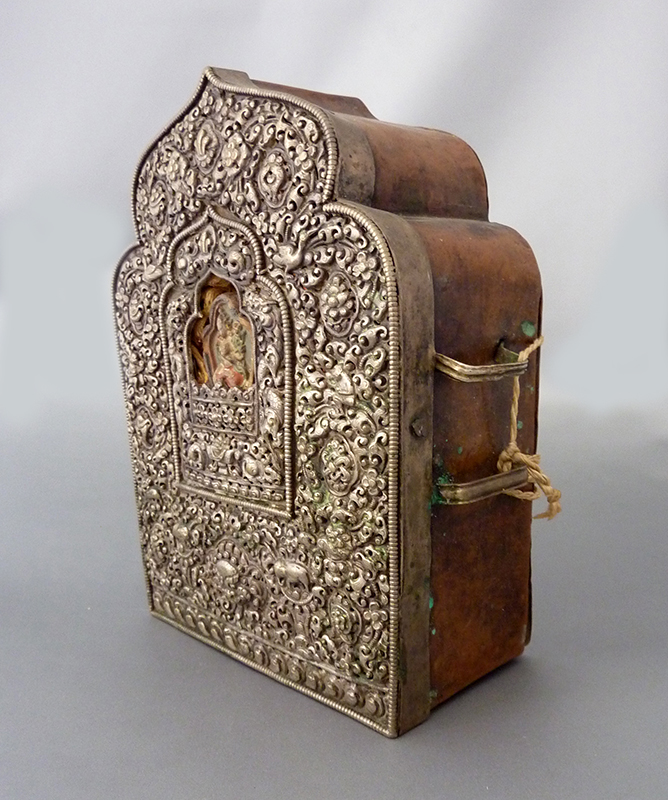 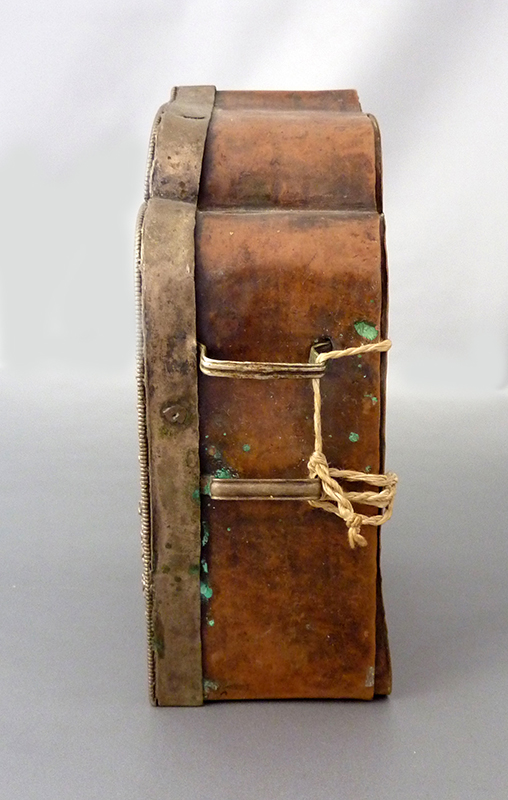 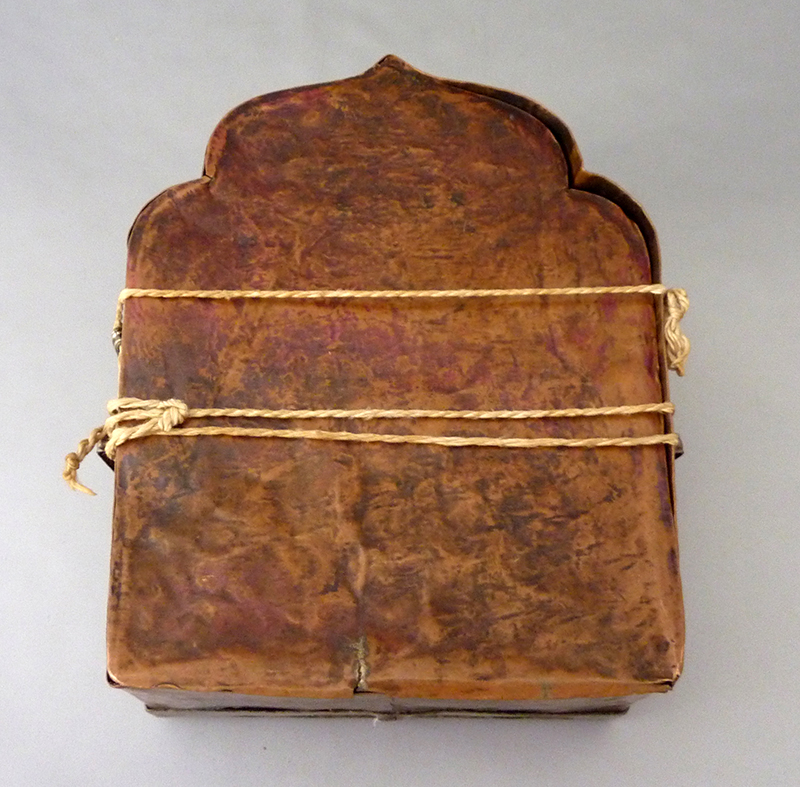 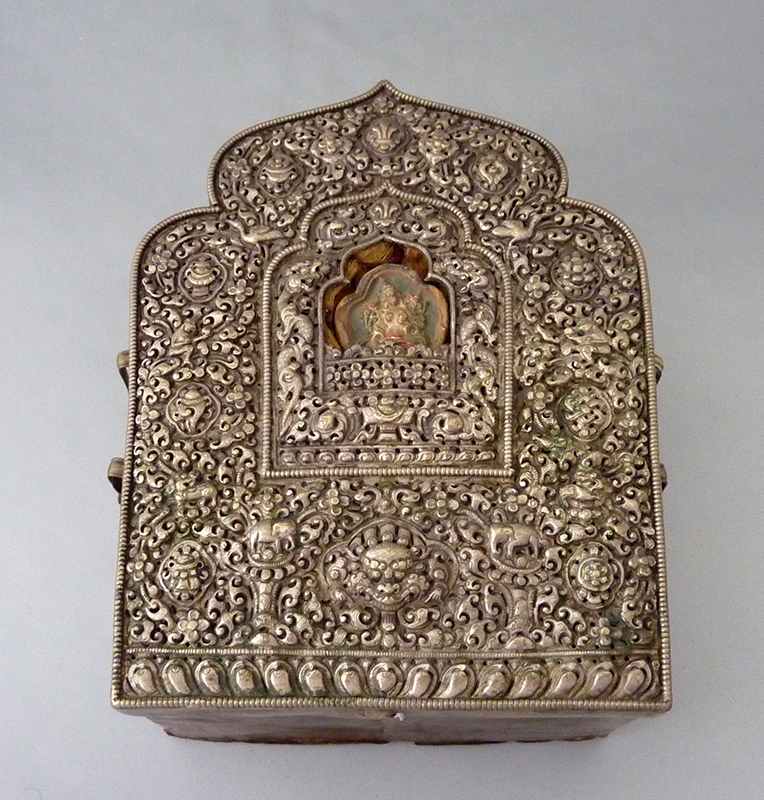 Shrine-shaped, silver repoussé, man’s traveling gau box with depictions of the 8 Precious Objects and pairs of birds, monkeys, snow lions and elephants decorating the sides. At the top center is a Triratna (“Triple Gem”) symbol that balances the Tzipah (“Face of Glory”) Monster Mask on the bottom center. Another Triratna appears at the top of the open, shrine-shaped image window that has an offering bowl at the bottom center.

Although the background foliage at first glance appears to be work from Kham Province, Eastern Tibet, where the finest men’s relic boxes were produced, this gau is, in fact, a copy of work from that area that was made in Nyelam, a small town in southern Tibet on the Nepalese border along one of the main caravan routes between Kathmandu and Lhasa. Nyelam means the “road from hell” because it descends steeply three miles straight down from a plateau into a valley.

The distinguishing traits of a Nyelam gau are its small handlebar-shaped scrolls with two granulated ends and a hump on the center, which were made by Newar artisans. These traits were not seen on Kham gaus. The front of the reliquary wraps around the edges to form narrow silver borders on plain copper sides, which have two horizontal silver lugs that held a leather strap. The box was tied across a man’s chest to offer protection while traveling. A plain copper back lifts out for the insertion of relics or paper prayers. Inside is a small clay deity relic.