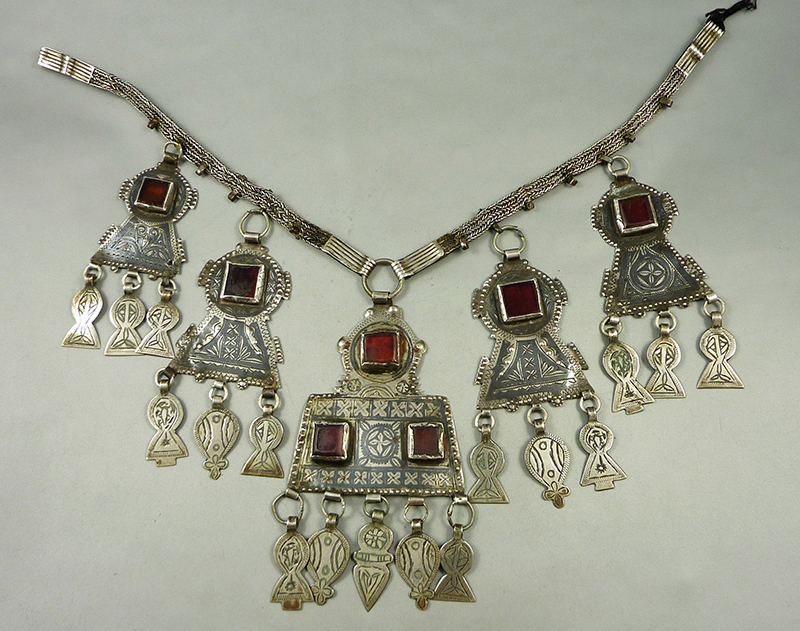 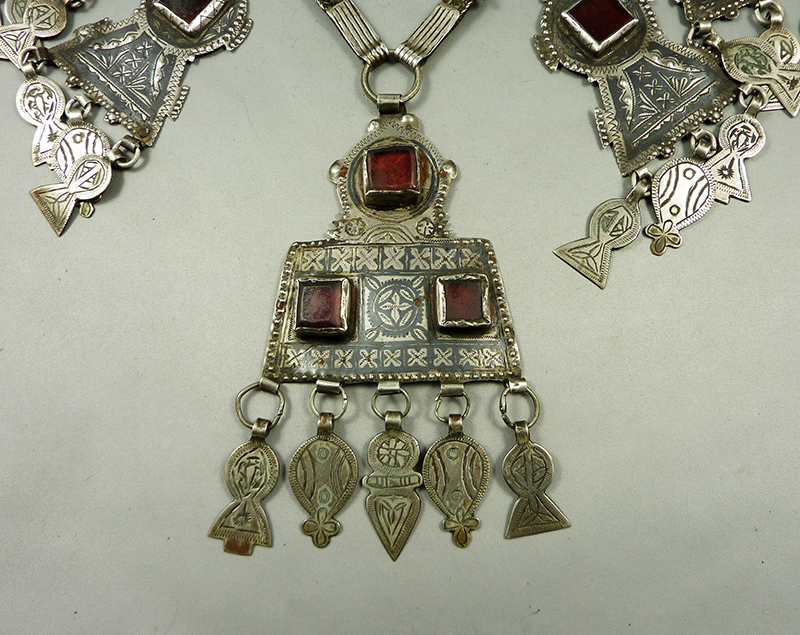 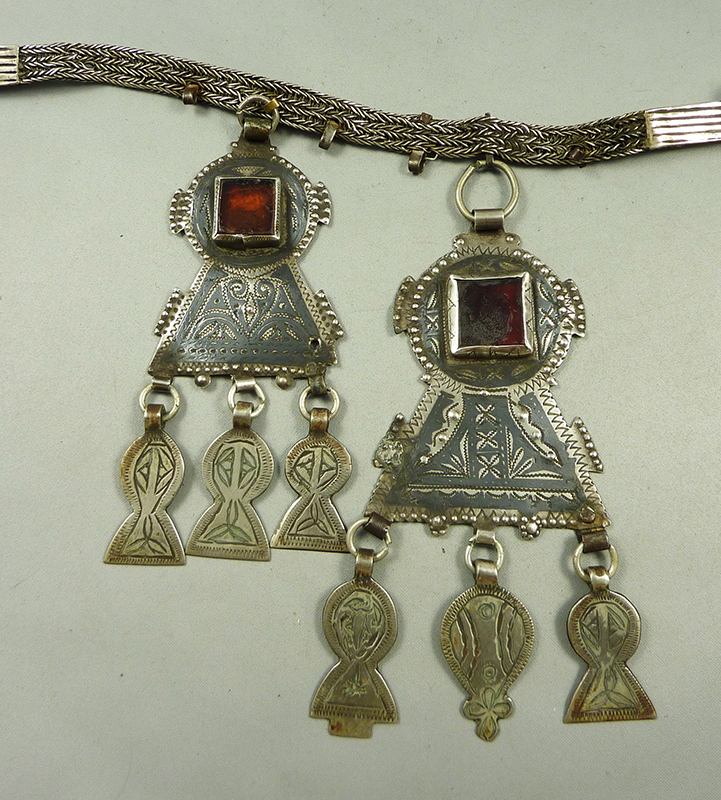 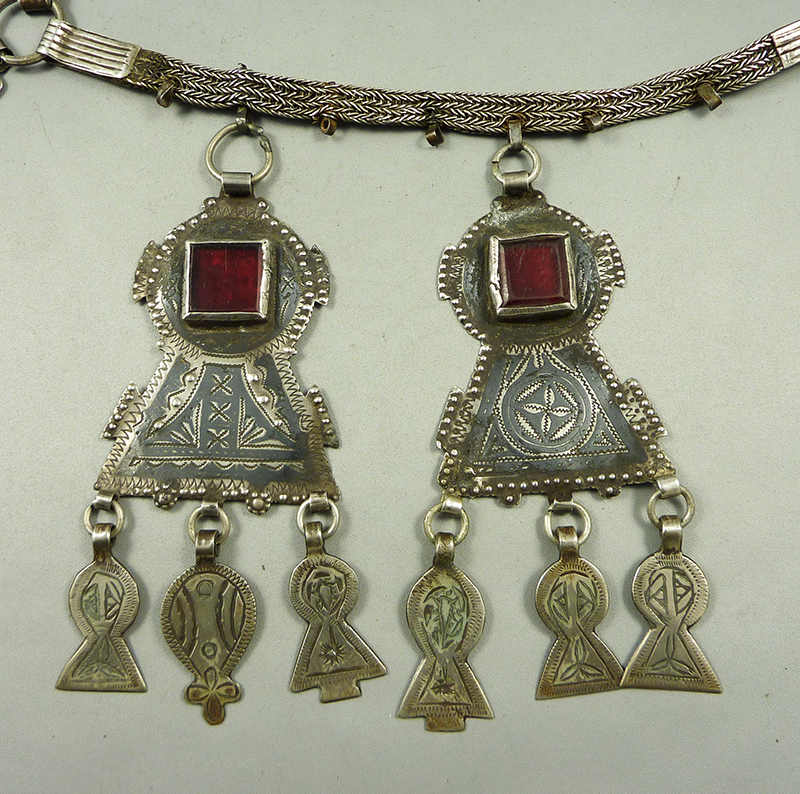 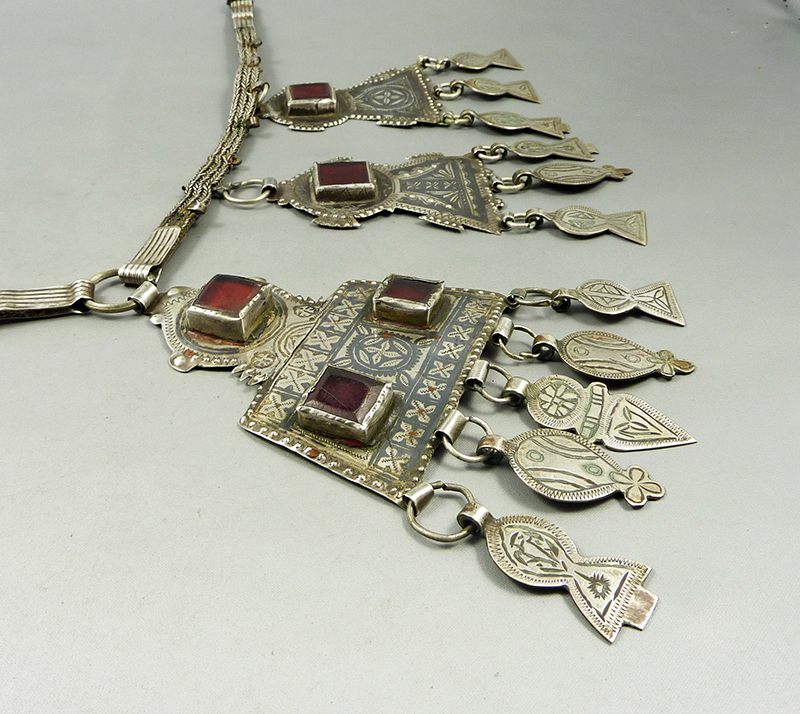 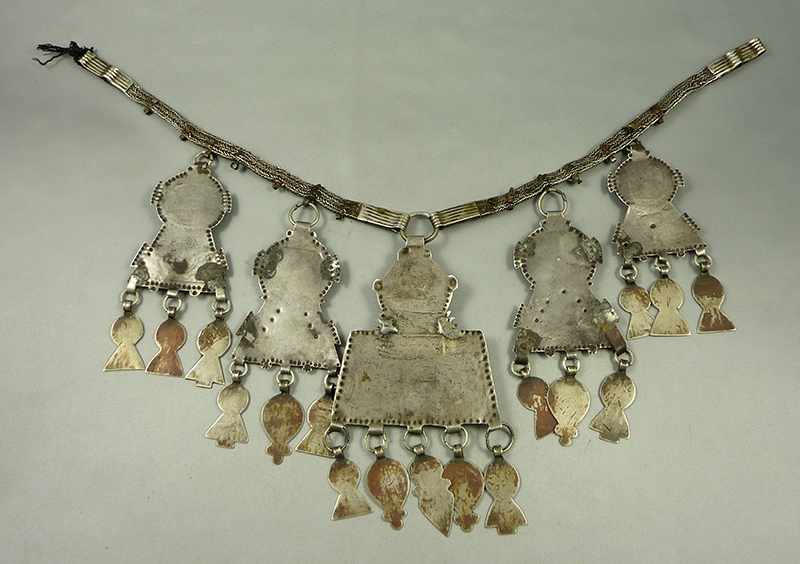 Five flat silver and niello pendants are attached to a flat braided silver chain, and red glass cabochons are used on top of them. This kind of  head ornaments was sometimes attached to a leather band so the ornament could be easily kept in place around the head.

The central pendant is bigger than the rest, and the five pendants that dangle from it suggest that it had a protective quality, since the number five deflects the evil eye. The rest of the pendants have a distinct anthropomorphic quality.

From 2nd half of XXth century.