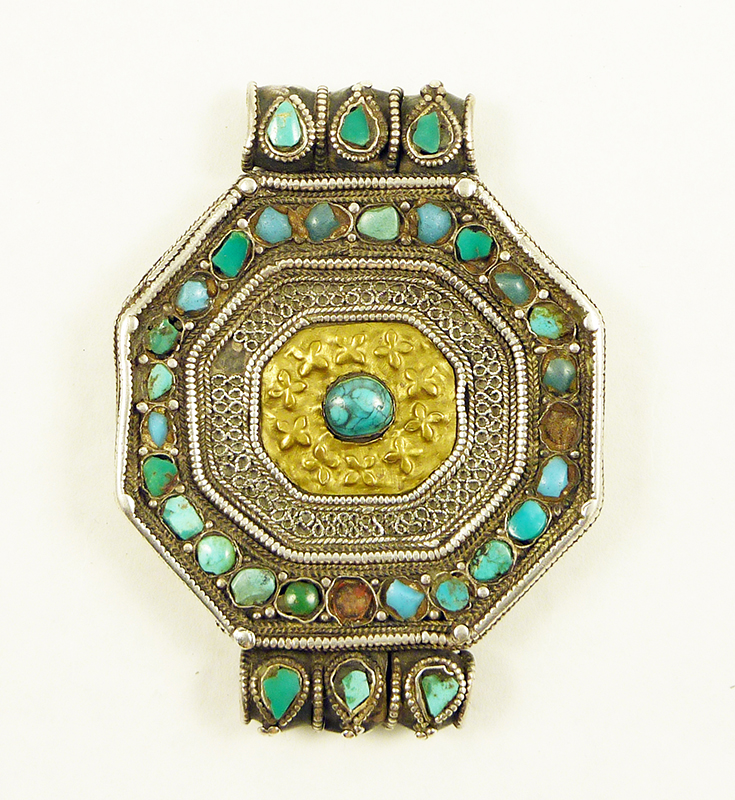 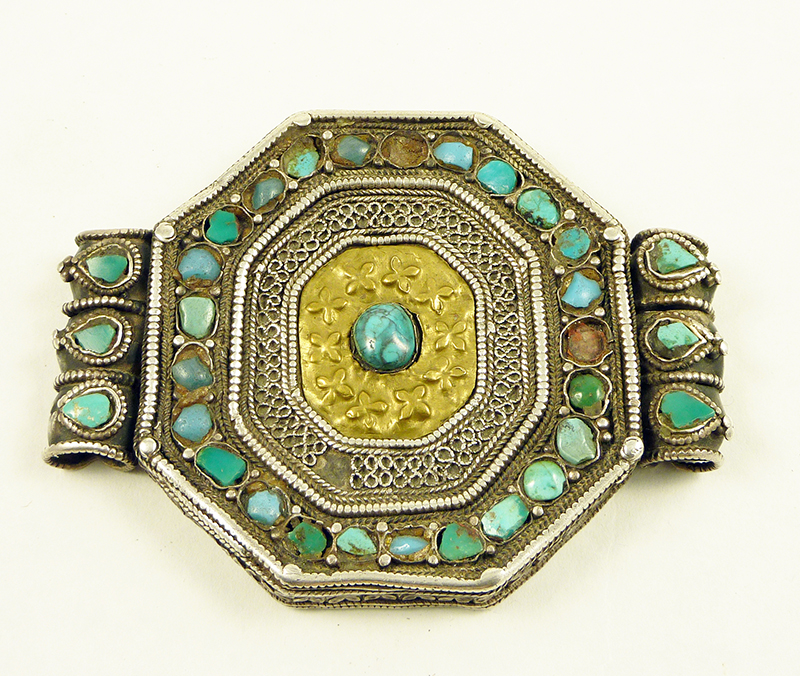 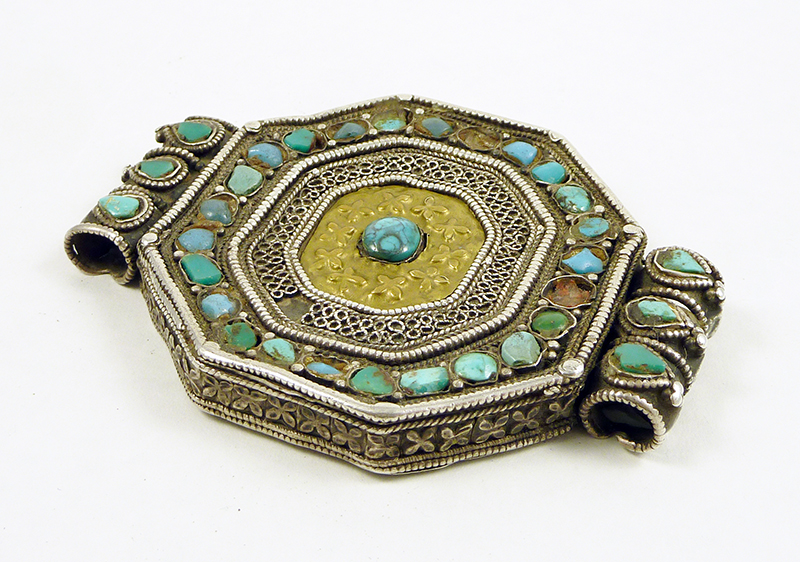 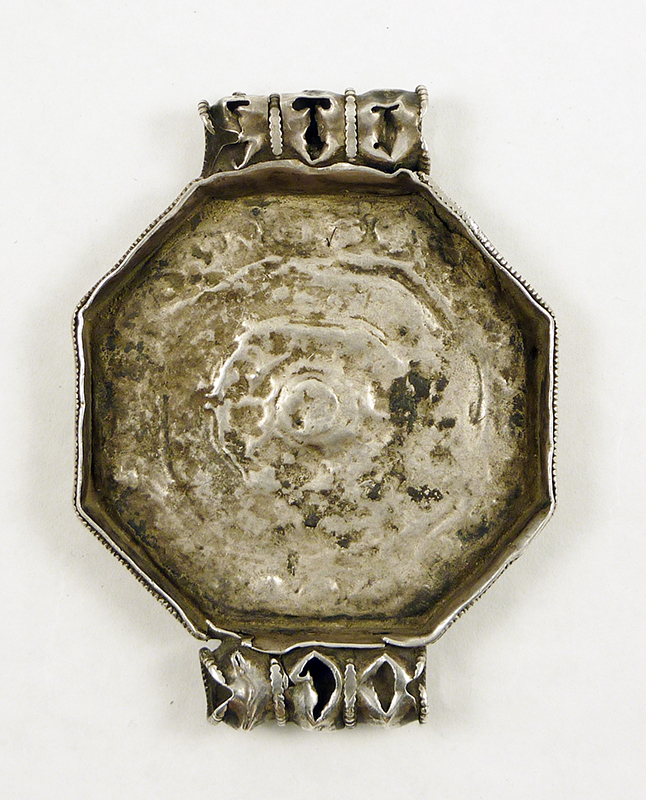 The charm box pendant called ga’u originated in Tibet. This form of jewelry is in wide use throughout the western and eastern sub-Himalayan area by the tribes who follow Buddhism and others who emulate them, though the local term used to designate it varies with the group. The importance attributed by Tibetans and others to the ga’u relates as much to its apotropaic contents as to its form. Handwritten or printed charms, chosen for general or specific purposes according to the individual’s need, are perhaps the most common ga’u content.

This ga’u in particular is made of silver, with a central gilded area, topped with a turquoise stone. Some more turquoises decorate the perimeter of the pendant. Two of these small turquoises are missing.