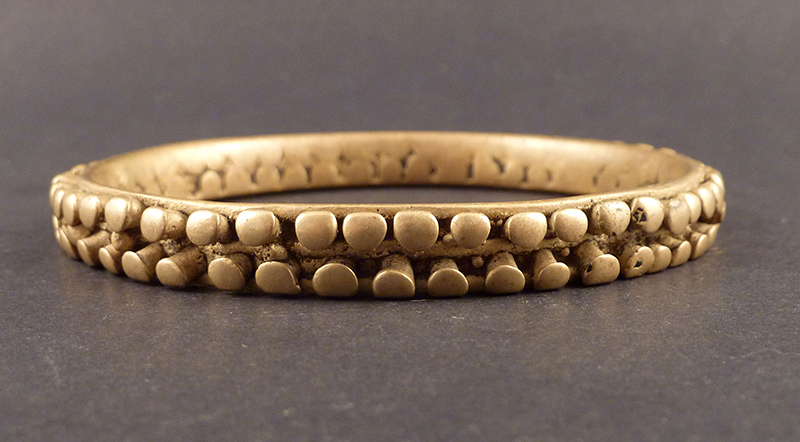 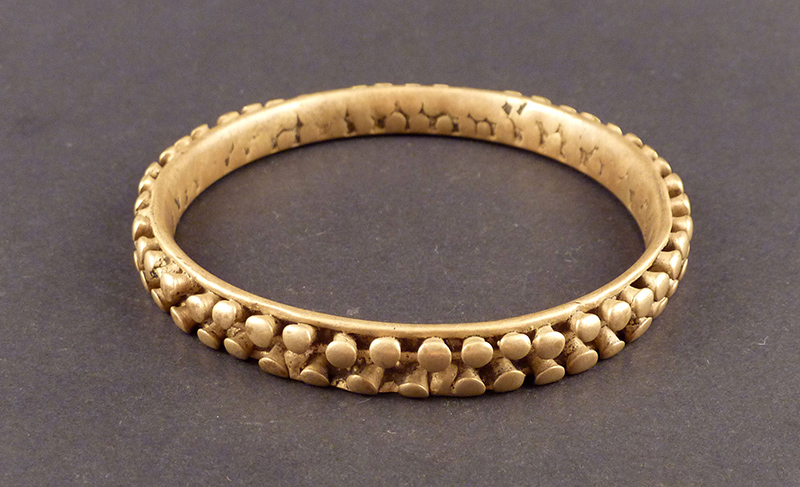 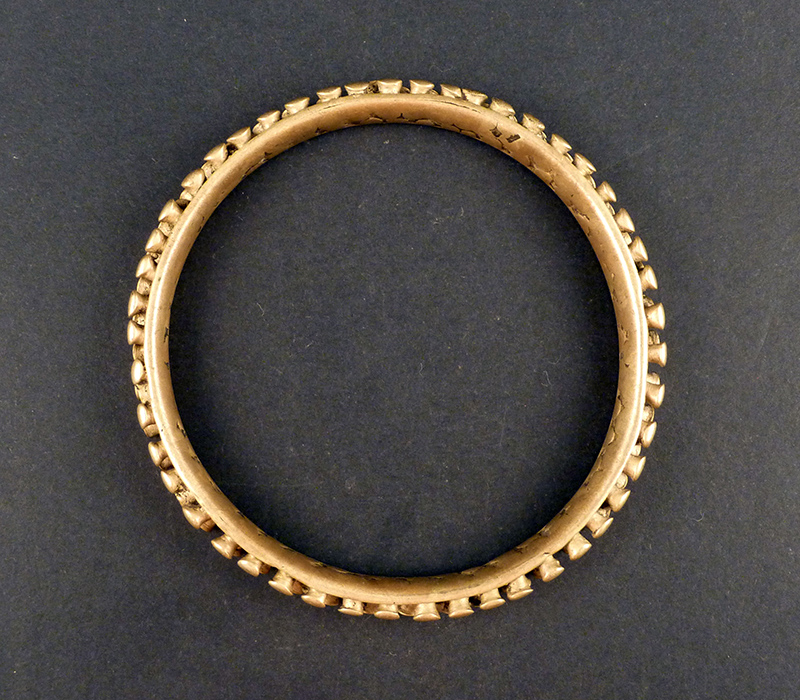 Old Naga bronze bracelet from the Konyak Naga tribes. Probably from the XIX Century, maybe older. It was made with the lost wax technique.

It has a very nice old patina.

The Naga people are a conglomeration of several tribes inhabiting the North Eastern part of India and north-western Burma. The tribes have similar cultures and traditions, and form the majority ethnic group in the Indian state of Nagaland, with a significant presence in Manipur, Arunachal Pradesh and some small population in Assam.

The inner diameter is 74 mm