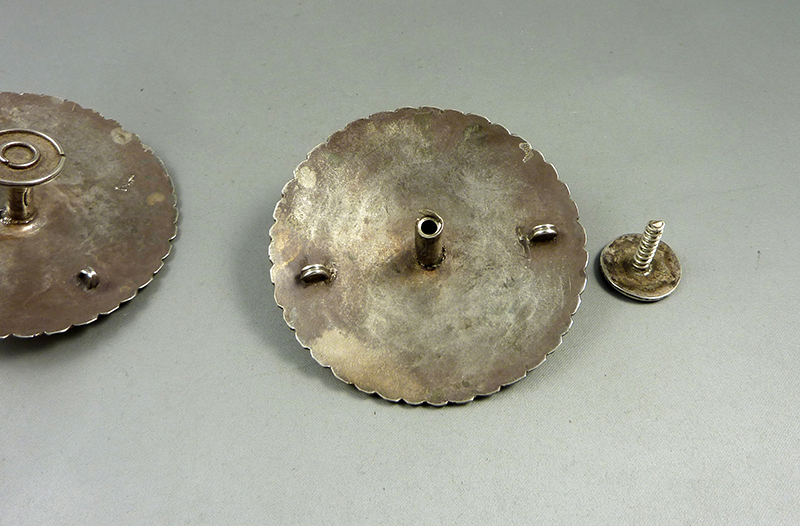 Women’s ear ornaments called “mendog kogde”. These Sherpa ear disks are a form of earring found in other regions of Nepal, especially in the east. Unlike other Nepalese groups who favor a red stone in the center, the Sherpa usually prefer turquoise. The disks attach to the earlobe by a thick post.

Made of a thin layer of gold on silver and turquoises. The back is made of silver.

From the 1st half of of the 20th Century.