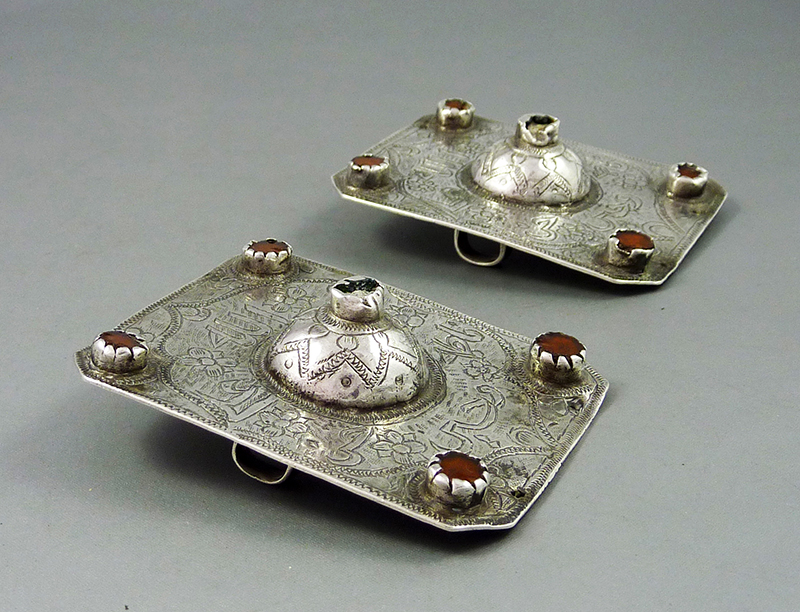 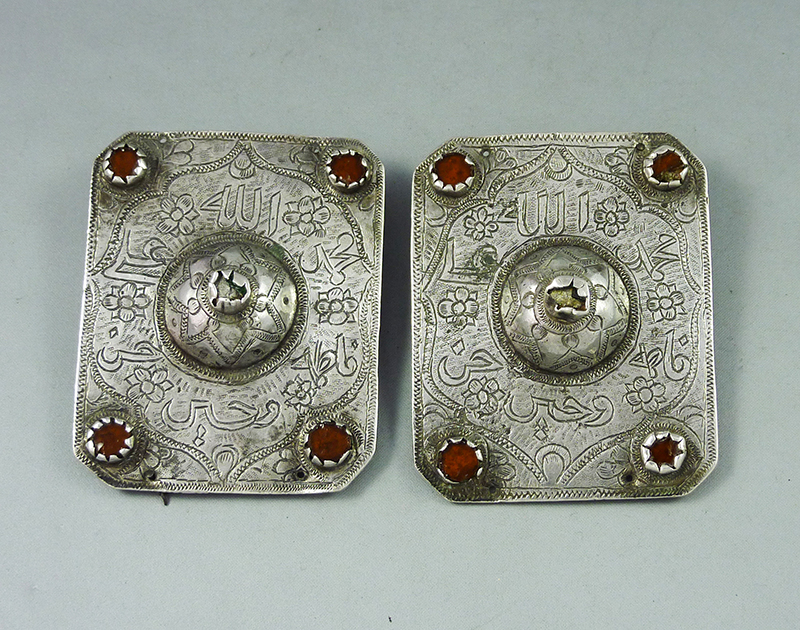 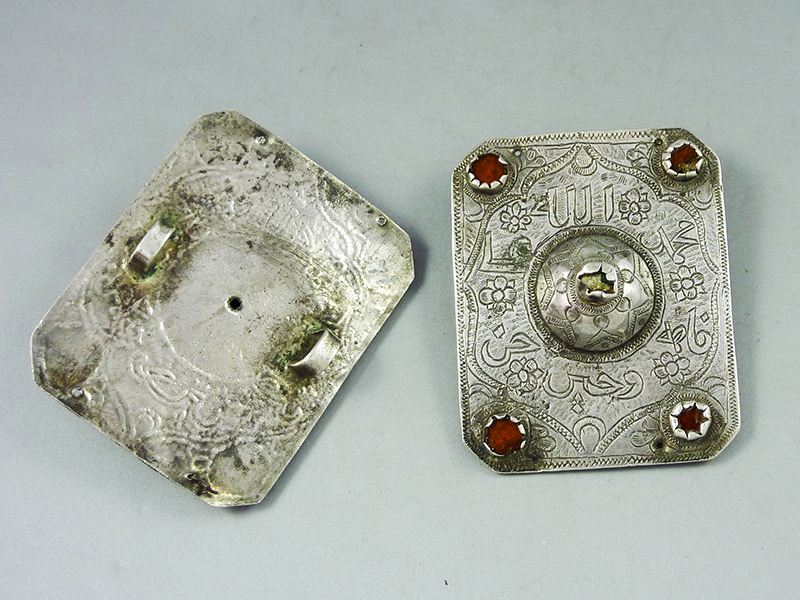 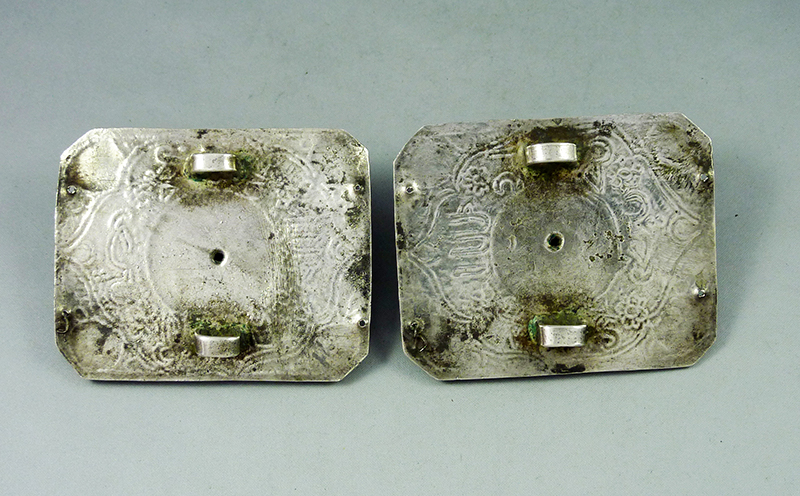 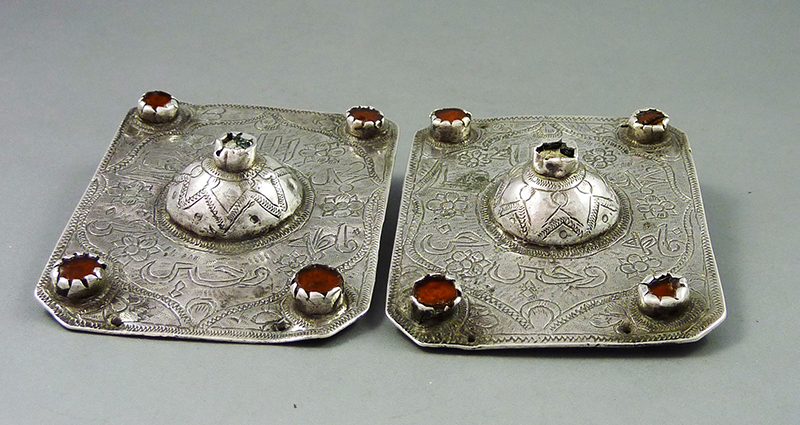 Old silver amulets from the Middle East. They were used tied with a string to the upper part of the arm, for protective meanings. Sourced in Iran in the 90’s.

Made of high-grade silver and glass.

Classical shia’a references are etched on the silver surface: beside Allah and prophet Muhammad, there is his daughter Fatima, her husband Ali and their sons Hassan and Hussein. It is not clear if these type or “bazuband” where used by one of the many ethnic groups inhabiting Iran.

From 1st half of XXth Century.