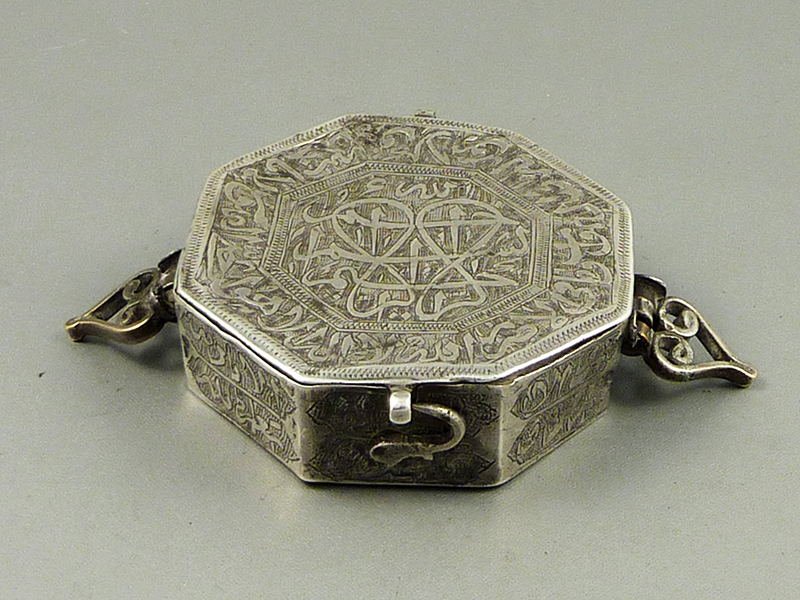 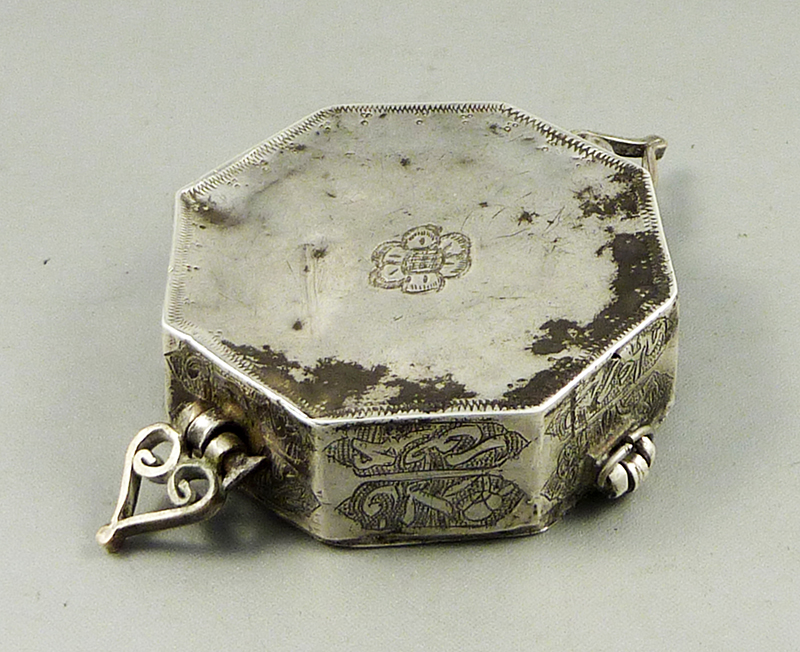 Old Persian amulet box that holds a small version of the Koran.

The boxes were made to hold miniature Qur’ans which contained tiny text on octagonal paper. The Korans were not made to be read but rather to be held in the boxes as a sacred object or talisman.

The Koran box was placed with a strap on the upper arm as an armlet.

From the beginning of the 20th Century or earlier.