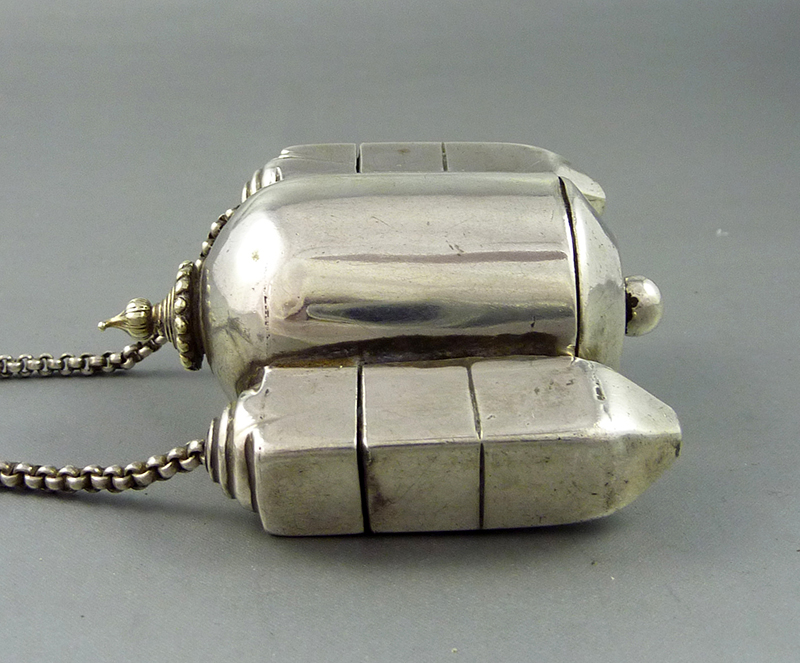 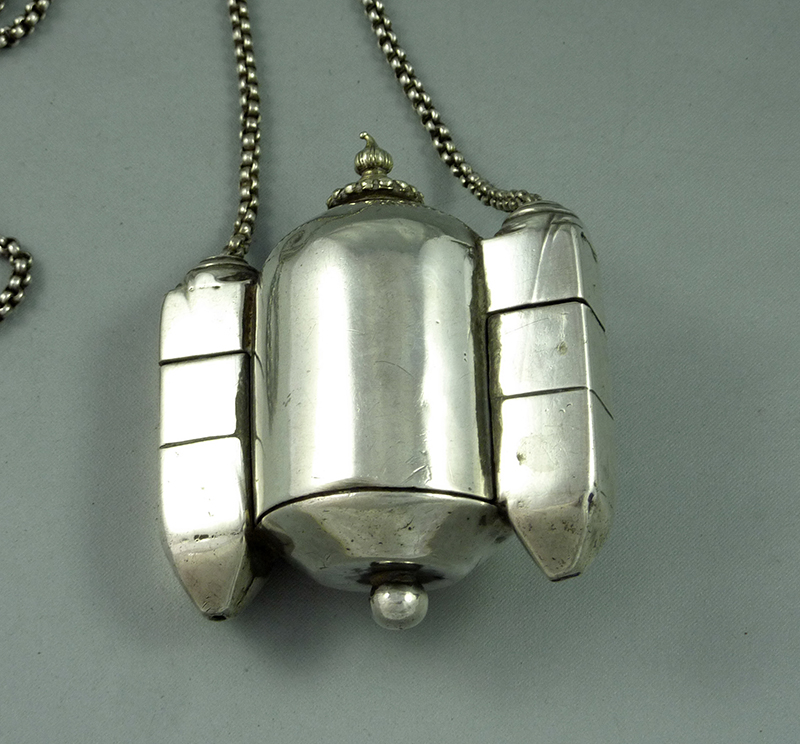 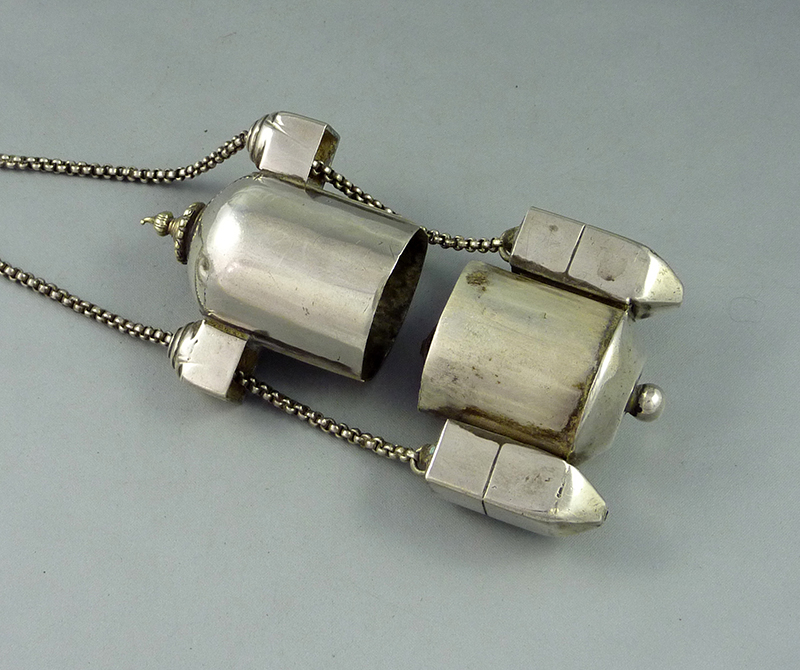 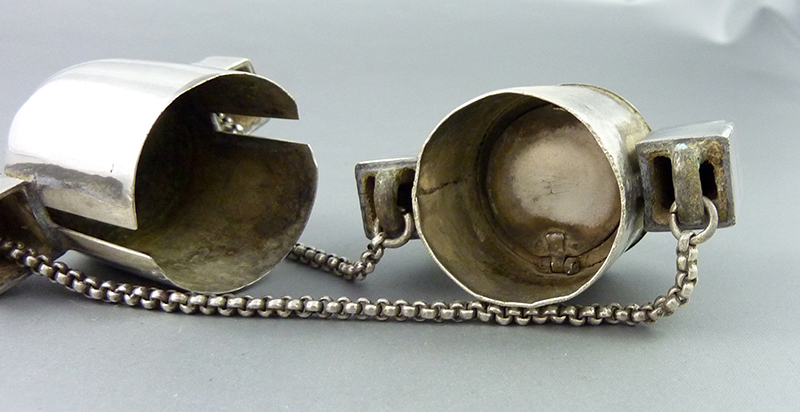 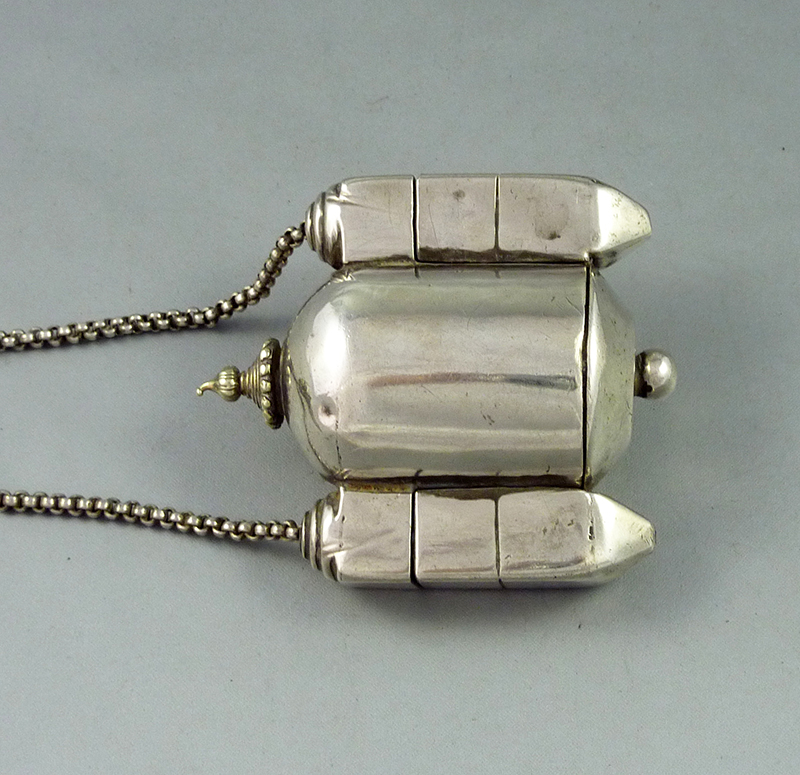 In this lingam box, there’s a hidden department inside, that makes it a rare example.

From the 19th Century. In excellent condition.

Lingayats are a Hindu group who believe that Shiva is the only deity, rather than the 3 gods revered by other Hindus. They also believed that the sacred presence of Shiva was not simply confined to the temple, but that it could be held in these pendants for a personal connection to the god.