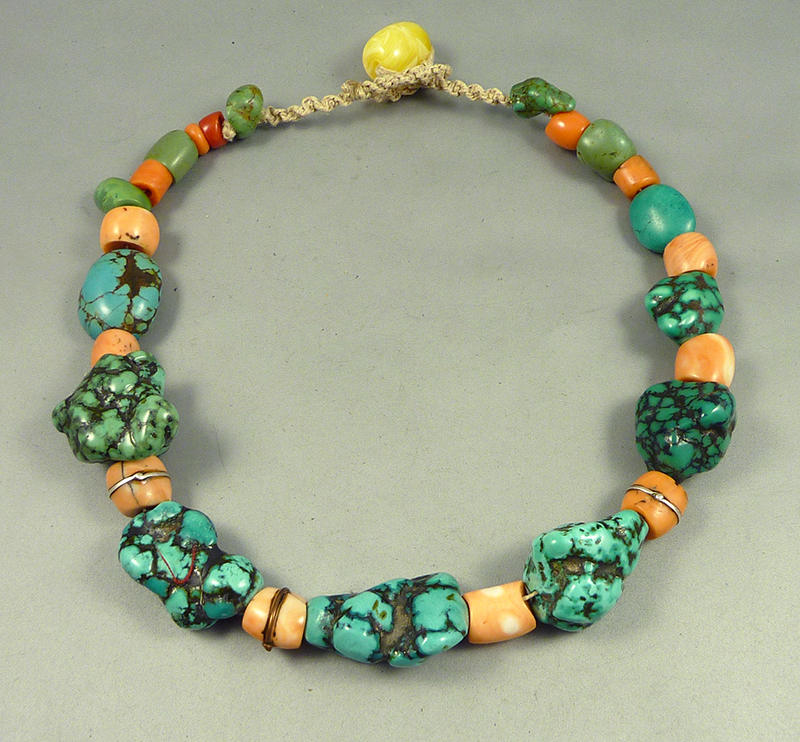 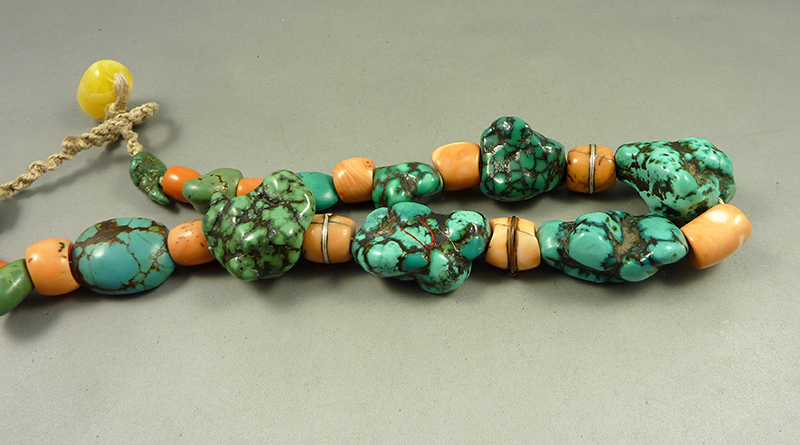 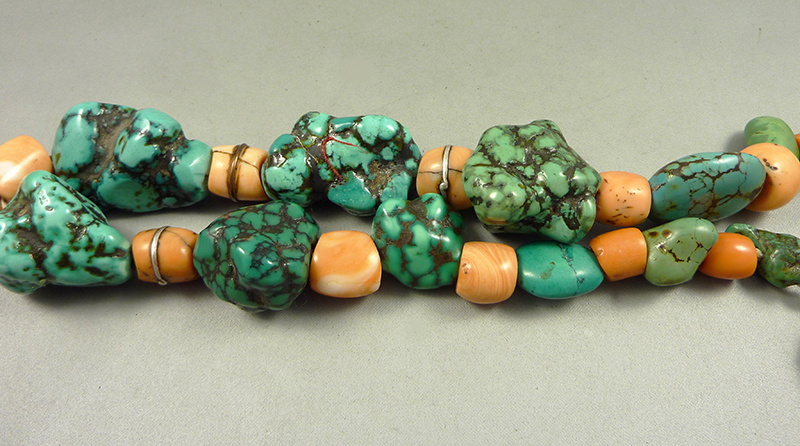 From 19th century or older.

Turquoise is the most favored gemstone in the Himalayas. It was sourced in Tibet, China and Iran (traveling through Ladakh before the 19th century, and through Bombay and Calcutta later on). Coral came from Italy since the 13th century through the silk road.

The string is new, but the beads are old (except for maybe two turquoises) and the composition is the original one.