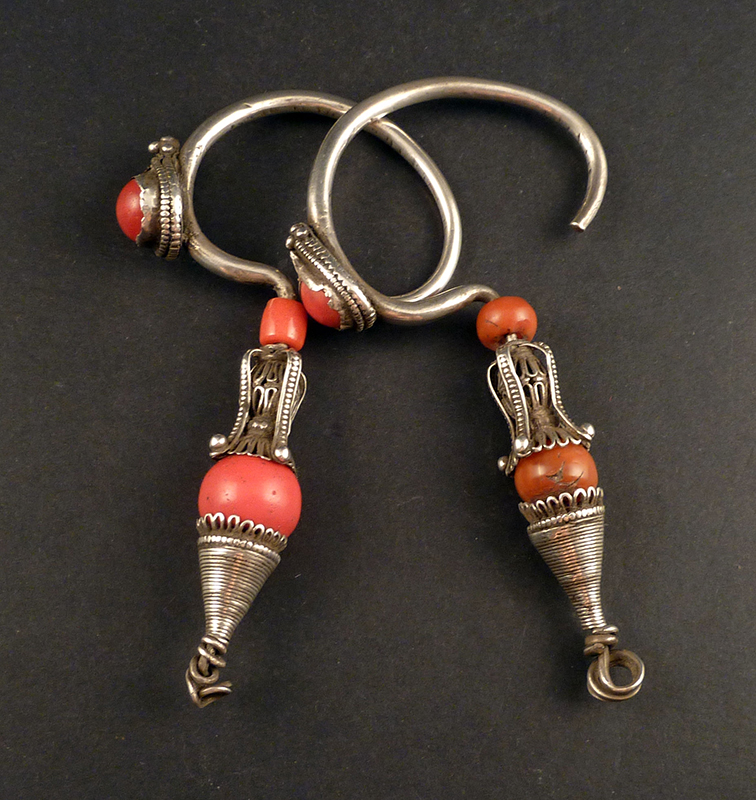 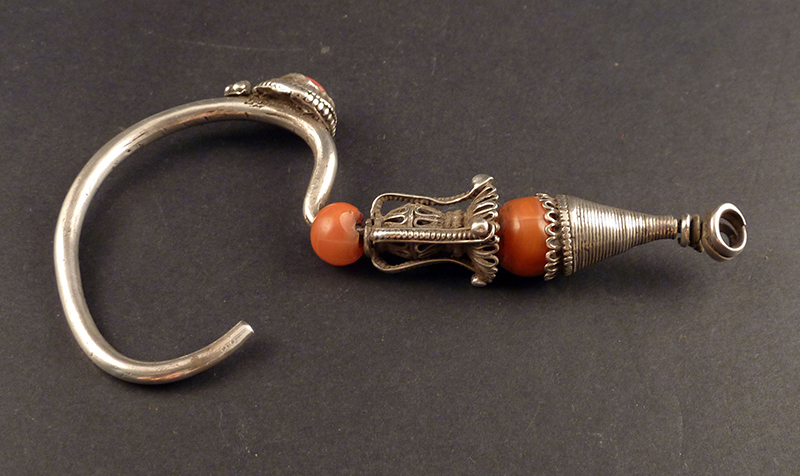 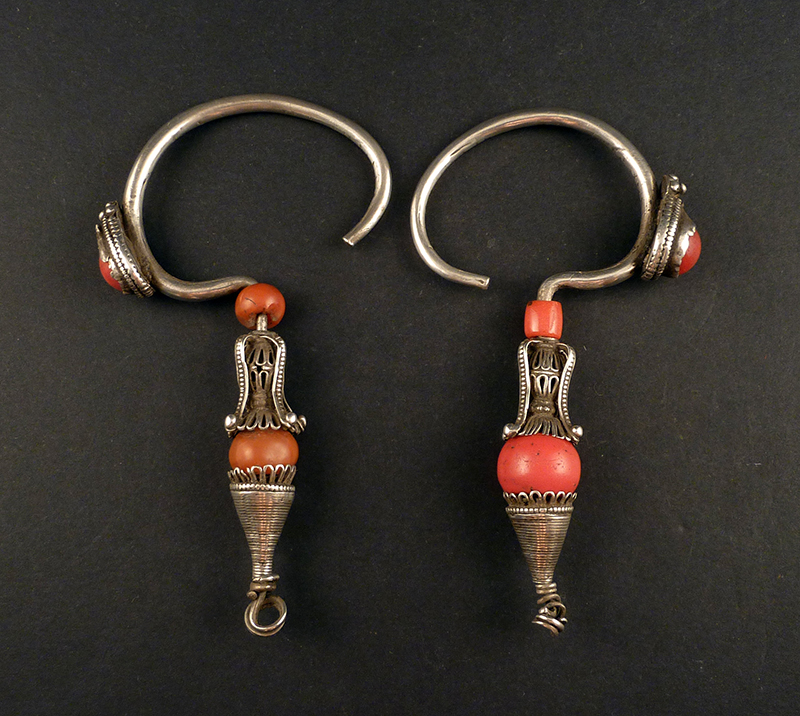 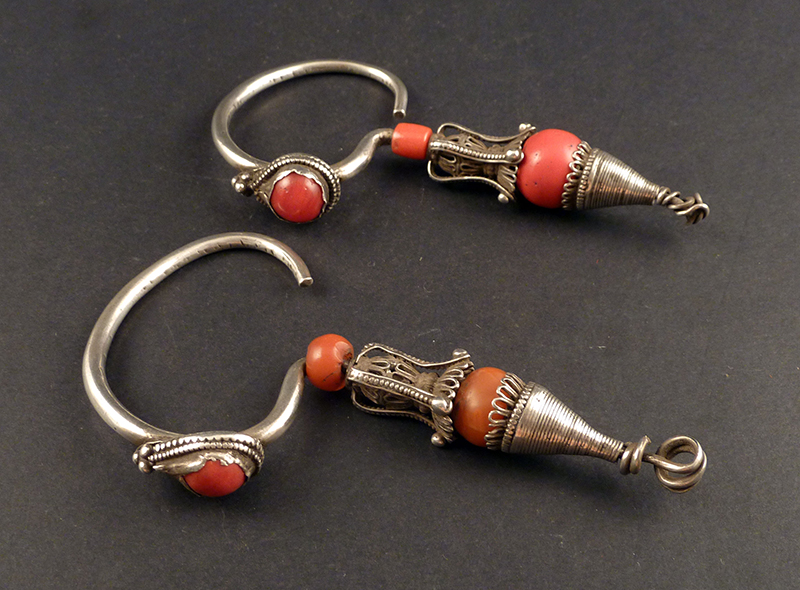 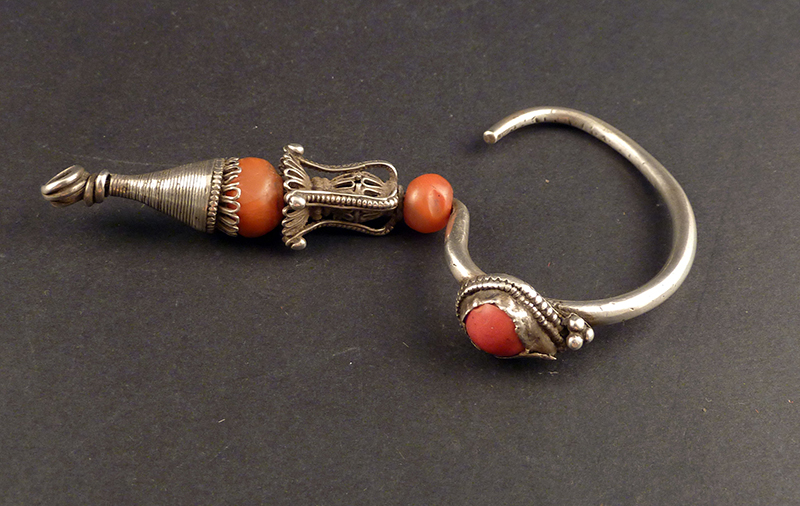 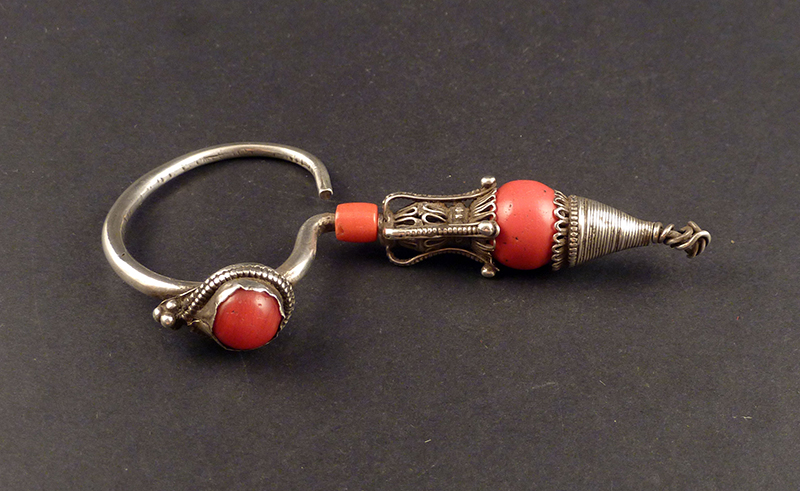 Extraordinary and rare old tribal earrings, from Eastern Tibet minority ethnic groups living in North Yunnan, China. They are made of silver with fine filigree. One of the earrings holds very old carnelian beads, which were replaced at some point on the other earring for old red glass beads.

They were placed on each side of the face hiding both ears, either attached with small hooks to the headdress or hanging with a thread over the head.

From the beginning of the 20th Century.