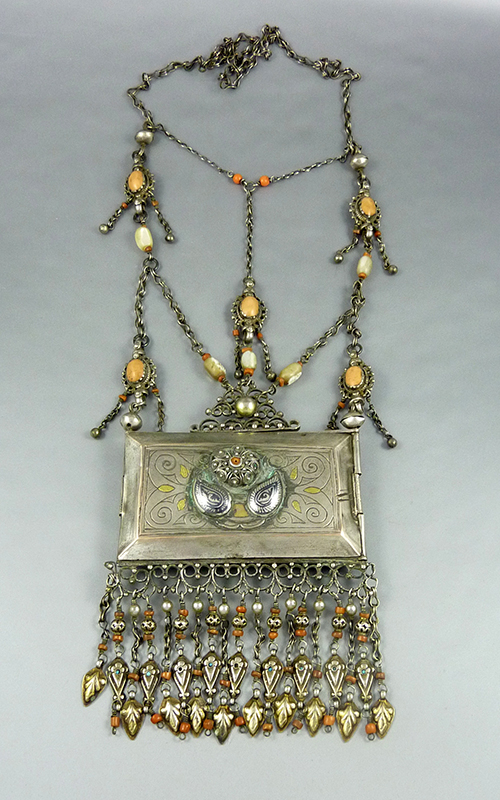 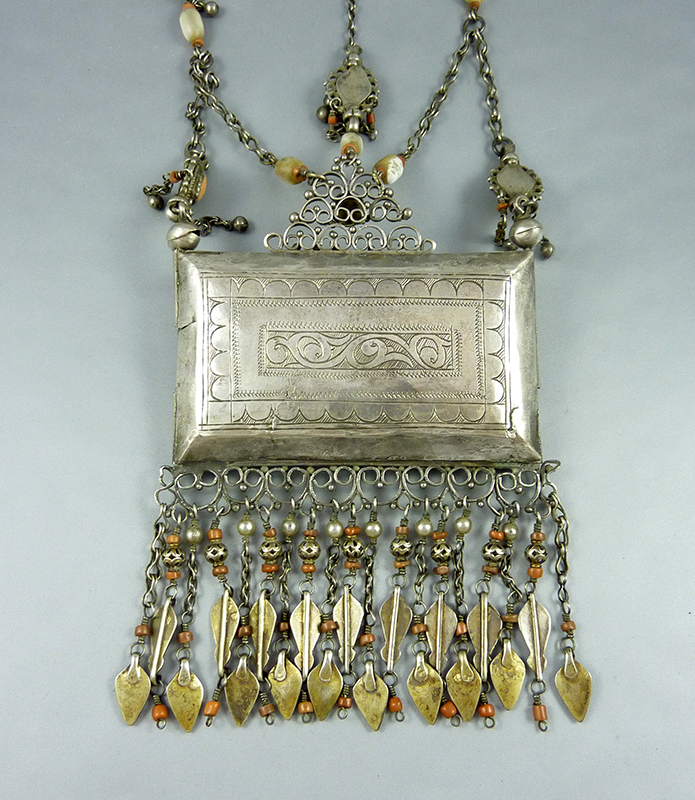 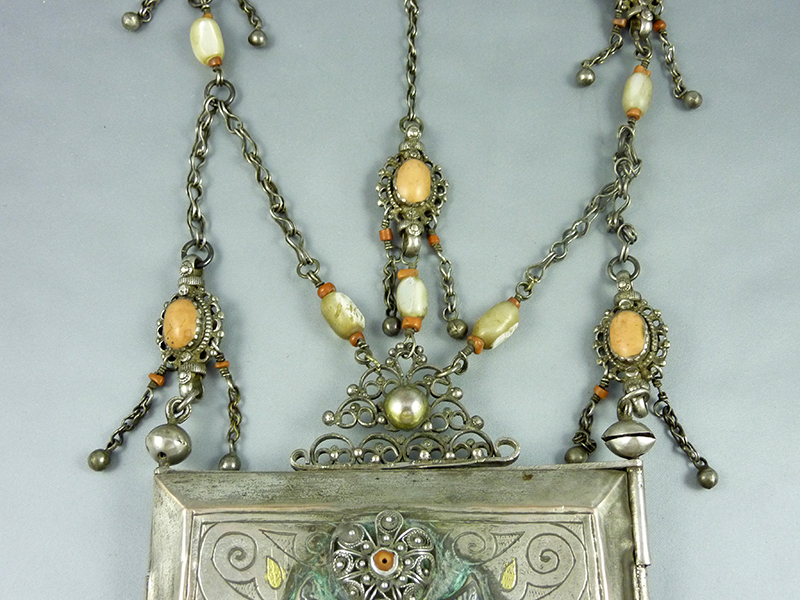 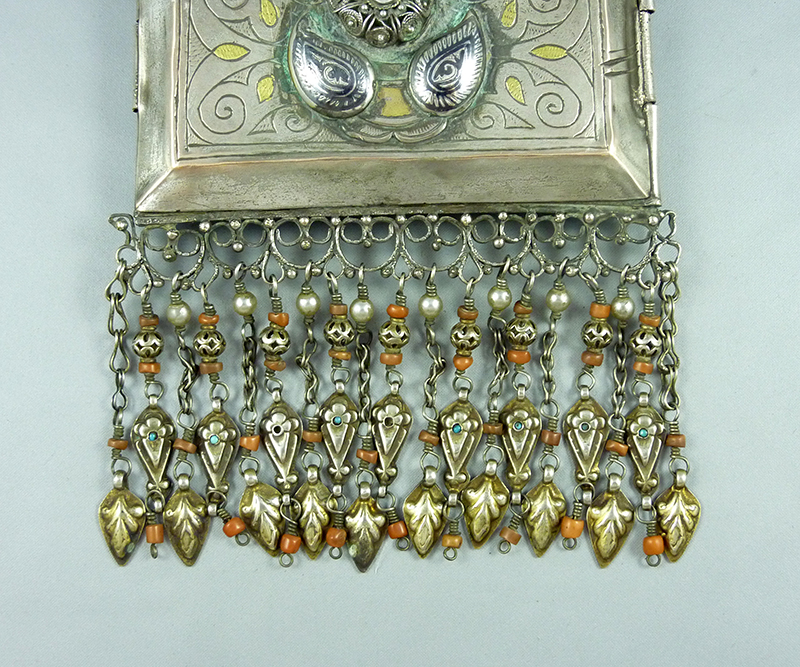 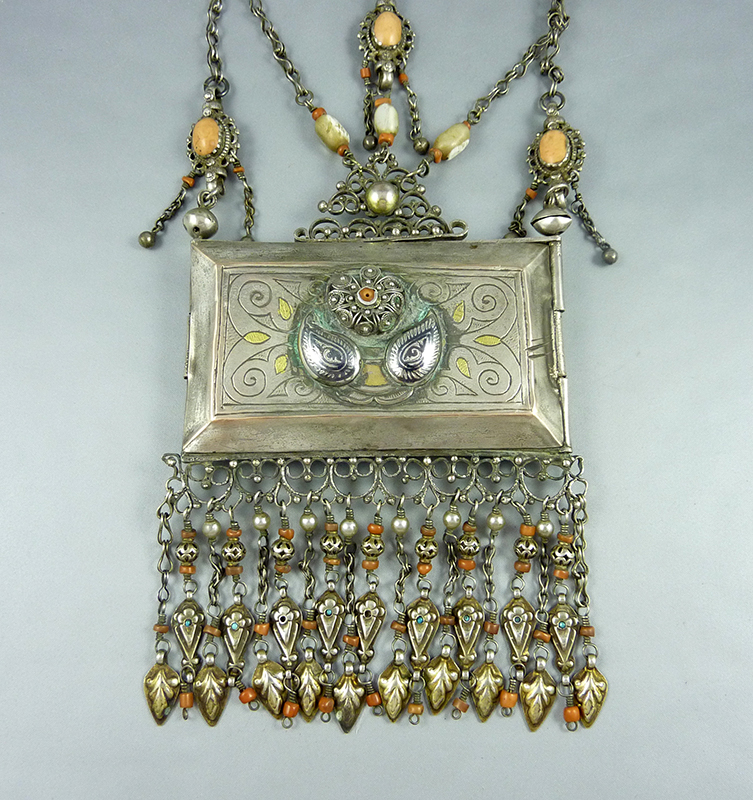 Old Uzbek,Tashkent/Bokhara Quraan amulet holder which was worn across the shoulders or at the front as a necklace. They were used to hold mostly Quranic verses and sometimes a small Quraan full book.

Made of high-grade silver with fire gilded decoration. The chain holds some mother of pearl and coral beads on silver settings. The dangles are also made of pearls, coral beads and fire gilded pendants.

Usually this kind of amulets can be opened both sides with a pin, but it is not possible on this one, it is fixed.

This particular style with gilding was probably worn by Turkomans of Khorezem region, where almost three ethnic nomadic groups have over-lap influences, like Kazak, Turkomans and Uzbek nomadic groups, each using jewellery of other groups with their own touch.

In very good conditions and with great worn patina.