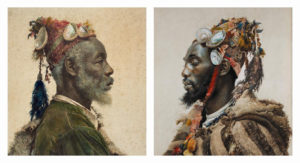 A new exhibition, at the Museu Nacional de Catalunya (Barcelona) is setting out to restore the figure of Josep Tapiró to its rightful place as one of the leading representatives of international Orientalism. Josep Tapiró i Baró (Reus 1836-1913), the first painter from the Iberian Peninsula to settle in Tangier, was a direct witness of the extraordinary urban and cultural transformation of this city, where he lived from 1876 until his death.

Throughout those years, Tapiró undertook an almost scientific study of North African society and, apart from its artistic quality, his work is an important testimonial document of a world in retreat before European colonial pressure. The people, sumptuous clothes and spectacular Moroccan and Berber piece of jewellery were accurately painted by him. 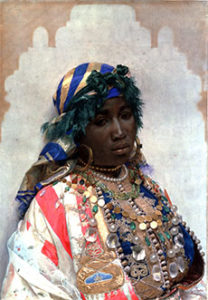 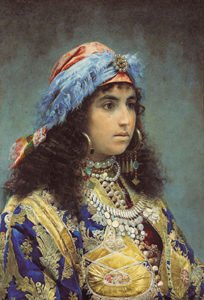 At the death of his great friend Marià Fortuny, Tapiró took over from him and decided to go deeper into the understanding of the North-African world with the object of presenting it rigorously in pictures. His best-known works are the series of busts and half-length portraits of traditional characters, the portraits of brides and the scenes that portray religious traditions. But apart from his work’s indisputable ethnic value, Tapiró, as this exhibition shows, was an absolutely extraordinary artist with a marked personality and a language of his own and a virtuoso watercolourist, who for years has enjoyed widespread international recognition.

(All the images are watercolors by Josep Tapiró)